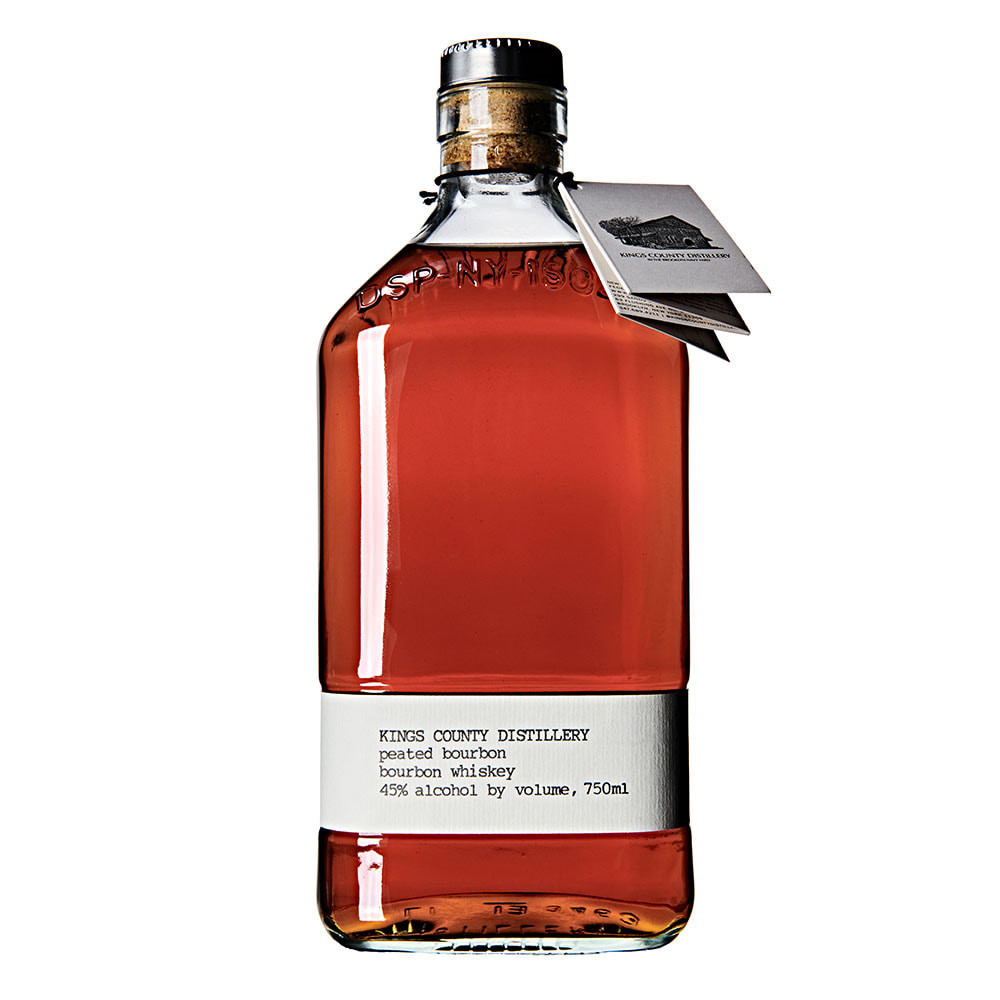 What is Peated Bourbon? It’s whiskey that conforms to the American requirements for bourbon but is made with malted barley that has been exposed to peat smoke, a practice common in scotch whiskies — in fact, the malt we use in our Peated Bourbon was even grown and kilned in Scotland. So it’s a hybrid whiskey of the two traditions: the high-corn mashbill and new-barrel aging produce a spirit that is unmistakably bourbon, while complimentary notes of barbecue and campfire smoke linger long after the sip. If scotch and bourbon had a baby, this double gold medal winner is what it would taste like.